Last Leg Of Downfall To End Soon, Wait For 11400 For Confirmation

Indian benchmark indices after a decisive close on last Friday had opened the doors for bears to drag the market lower. There was an absolute bloodbath on the D-street which was spread across all segment. Even the market leaders felt the heat owing to weak management commentary and dropped drastically.

Investor sentiments were hit by ongoing slowdown which has determined the lower than expected earnings growth. However, trend analysis shows that this could be the the last leg of fall in the d-street. After a year or more full of downfall in mid-&-small-caps, now large-caps also participating in the correction which would definitely ease the valuation of the frontline indices. The investors would find a greater value to add quality business in there portfolio incoming days.

The July series was one of the worse in last 9 month. Outflow of FIIs was the major concern in July series. FIIs almost sold more than 14,500 Cr from the Indian market in a single month. Besides this, during this week there was huge chaos with a surprise appointment of Atanu Chakraborty as the new DEA secretary. Along with which Moving SC Garg to the power ministry was other surprise for the investors.

Moving ahead, the derivatives roll-over data indicates the negativity in the sentiment for the august series. Earnings, Fed and RBI policy meet remains the key for market directions. Technically, 11108-11130 level remain crucial as its a meeting point of last months swing low and 200-DMA, so expect a soft bounce in the market at these levels, however any mark above 11400 could confirm the last leg of the downfall and a new journey to newer highs.

1) On Monday, the Indian equity market fell for the third-straight session, driven by losses in HDFC twins & Bajaj Finserv. the Sensex settled 305.88 points down at 38,031.13, while Nifty sank by 73.10 points at 11, 346.20. Among sector compiled by NSE closed lower, led by the Nifty Financial Services Index 2.57 percent fall. On the flip side, the Nifty Media Index was the top sectoral gainer, up 1.75 percent.

2) On Tuesday, Indian equity benchmarks witnessed a sharp fall in the last hour, Sensex, which grew 186 points throughout the day, closed down nearly 50 points, or 0.13 percent, at 37,982.74. while Nifty was down 15.20 points at 11,331. Among sectors, PSU banks dragged 3 percent followed by auto, metal, pharma, while buying was seen in the FMCG, energy, infra and IT.

3) Wednesday, Its was an Another day for Indian share market to record a brutal fall, indeed with unabated foreign fund outflows and tepid corporate earnings, IMF's downward revision of India's economic outlook further hit domestic investor sentiment in today's session. the Sensex declined by 135.09 points at 37,847.65, while Nifty fall by 60 points at 11,271. br>
4) On Thursday, Indian share market plunge for the 6th day in a row, closing the July series on a negative note. The reliance had been culprit once again, waning 2.19 percent in a day. the Sensex was down 16.67 points at 37830.98, while Nifty was down 9.50 points at 11261.80.
5) On Friday, Indian equity benchmarks opened lower, following their Asian peers.

- Globally, there was an optimism in us market on account of the budget and the debt ceiling deal have been reached and the positive development in the trade talk, the rate cut hopes has also been positive, as the fed meet is been scheduled on 31 July.

- In the broader market, The Mid & Small Cap has traded mixed with stock specific action continued. As the Q1 result are in progress, the stock is witnessing big swing as per the result stated.

Shares of KRBL surged more than 25 percent after the clarification given by the company management over the Augusta matter and one of its independent director involvement.

Shares of M&MFIN dropped more than 18 percent in a week after it reported a sharp 75 percent year on year (YoY) decline in its standalone net profit at Rs 68 crore in the April-June quarter (Q1FY20), due to higher provisioning for stressed assets. 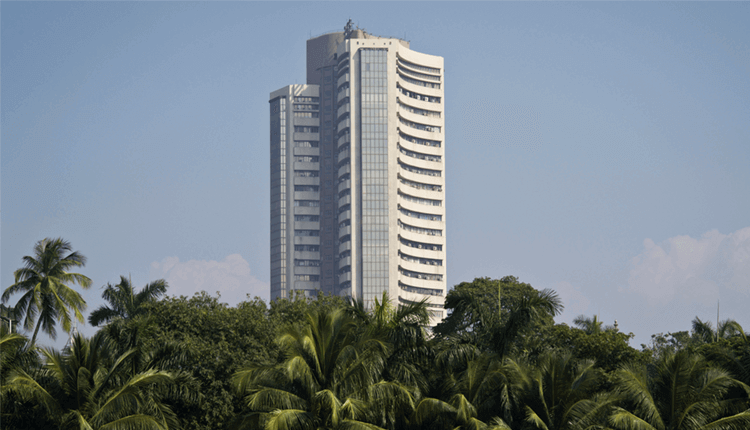