Why We Should Look Forward To Market Crashes

When a retail investor ventures into stock market, he/she goes through various ups and downs and after experiencing the bumps of the bearish market start to fear it. A retail investors portfolio values is not even fraction of that of Jhunjhunwalas and Buffetts. So imagine, how they would be feel or look at bearish market or even market crash? If the stakes are so high, they must be having some contingency plan for sure.

As unbooked profits are subject to market risk, it will be interesting to see how Jhunjhunwala and Buffett's stocks dealt with the tremors of market crash.

In the recent past, there have been two most significant market crashes which had a lasting impact on the investors. One was in 2008, better known as global economic slowdown (Recession). Another one was in 2013, which gave a landslide fall to the Indian market. As both our master investors primarily deal in these two markets let's see how they sailed through these financial crisis.

The beauty of Warren Buffett's investment philosophy is that it's extremely simple. It's out there for anyone to learn and practice. In keeping with his philosophy, he has often proclaimed - Be fearful when others are greedy, and be greedy when others are fearful. One of the best examples of this theory was seen in the infamous 2008 market crash where Mr Buffett didn't lose any money but ended up making billions of dollars of profit. How did he do it?

As we always say intelligent investors think differently, here is a fine example of that. In 2008, Mr Buffett bought many stocks which were kissing the bottom, at a discounted price, with some lucrative buy back arrangements. One such stock was Goldman Sachs. He bought preferred share of Goldman Sachs that, over the period of time, paid him a 10% interest rate and also included warrants to buy additional shares of the company. Furthermore, the company also had the option to repurchase the stocks from Buffett at a 10% premium, which eventually they did. Buffett's master-stroke was to step in at the time when most of the companies needed good liquidity to sail through the crisis, in return, he made profit of billion dollars.

2013 was an extremely unpleasant year for the stock market. Particularly for the mid and small cap stocks. As Rakesh Jhunjhunwala's investment strategy mostly revolves around mid and small cap stocks, he faced the maximum brunt in those adverse turn of events. It happened so that in March 2013, due to some reasons, some 12-15 mid-cap stocks started to fall. As the investors panicked and started to offload their stocks, the selling frenzy soon took other stocks in its high tide. To prevent losses investors hastily started selling. Many people ended up losing a lot of money.

Rakesh Jhunjhunwala's portfolio was rapidly losing money due to the market downturn. His holdings like A2Z Maintenance, Bilcare, Autoline Industries, DB Realty and Hindustan Oil Exploration were the worst hit by the negative sentiment. Even some of his most beloved stocks like - Crisil, Titan and Rallis India were substantially down.

When It's Raining Gold, Reach For A Bucket - Warren Buffett

He did not sell any of his stocks because of the market crash. On the contrary, he believes that it's an ideal time to buy good stocks in such circumstances. His simple damage control plan was to hold the stocks through the difficult time and wait for market to get better, which it eventually did. Had they (Jhunjhunwala & Buffett) panicked and sold off their stocks when the market started to fall, they would have incurred enormous losses. Instead, they masterfully turned the situation on its head by either holding or buying more stocks.

In hindsight, all the investors had a golden opportunity to buy good stocks at that time which were available at throw away price. Investors who entered the market at that time are sitting pretty today with handsome profit under their belt. But no need to feel that you have missed the bus. The economy works in cycles. From recession to depression to recovery to prosperity, the economy goes through these phases time and again.

At present, the market is going through a bull run. Nifty and Sensex are hitting their new highs every week. When the market is on the high tide, most of the good stocks are overvalued which makes the bull market an ideal time for selling. The thing to learn here is that those investors who are drawing handsome profits today didnt buy stocks in the recent past, they bought it long ago when the market was going through a downturn, the exact time when panic-stricken investors were offloading their good stocks. Thats why they say, smart investment strategies aligned with long-term investment perspective always pays off. 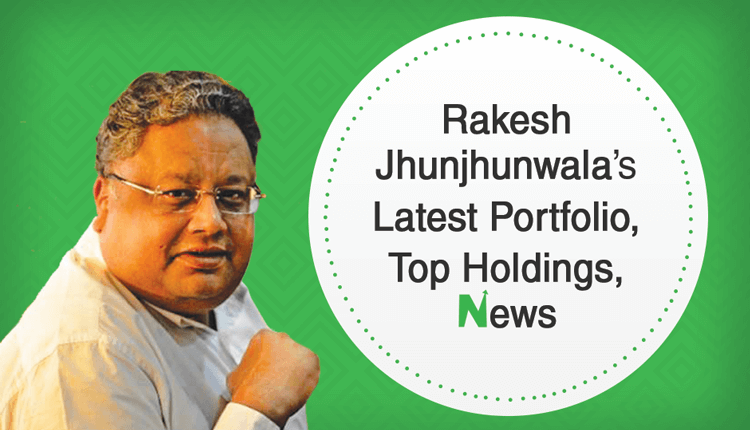 The Best Stock Of RJ Minimized His Wealth

Stock Which Reaped 38% Return For Rakesh Jhunjhunwala Since Last Holi