Disclaimer: Stocks and opinions below are for informational purposes and shouldn't be taken as a final advice from Niveza India. You shouldn't rely on this free advice solely and do your own research to arrive at the final conclusions. Our final stock recommendations are sent via SMS and Email to paid subscribers of Our Premium Products.

Reasons to Avoid: The company posted negative earnings in last two quarters owing to higher cost of debt. Though operating margin has compressed to 5.4% in FY18 from last two years. Cash flow per share is also negative. Improvement is leverage status and operational efficiency would give financial strength to the company.

Reasons to avoid: Promoter's have pledged more than 99% of their holdings and holding is low: 19.79%. Promoter's stake has decreased. Debt is increasing continuously.

Reasons to Consider: The havoc created by floods at two of its manufacturing plants in South India, a transport strike and volatile raw material prices, could not prevent Apollo Tyres Ltd. from increasing its global sales by 23% in the second quarter of its FY19.

Drivers: The government has recently imposed a five-year anti dumping duty on the import of radial tyres from China; which is positive for the company. The company has multiple manufacturing facilities in India, Hungary and the Netherlands, with a vast manufacturing and sales network around the globe.

Financials: Apollo Tyres reported a decent increase in consolidated net profit at Rs 146 crore for the second quarter of the current financial year, as against Rs 140 crore in the same quarter of last fiscal. The total income during Q2FY19 stood at Rs 4,269 crore as against Rs 3,496 crore in the year ago period.

Reasons to Avoid:The company comes under bracket of higher valuation. In recent quarter, the company reported a sharp slowdown in growth. Revenue and profit grew around 10% in the Q2FY19. Thats much lower than in the preceding five quarters, when revenue grew in the range of 17-22%, while profits were up 21-44%. Volumes also stagnant with a 0.1% drop as sales in the mens innerwear segment decelerated. Late arrival of festive season is one of the reason for volume slowdown. Revival in volume is awaited.

Valuation: Stock is overvalued at current levels with PE of 19.3x.

Reasons to avoid: Bharti Infratel (BHIN) has received a notice from Vodafone-Idea for exit of 27,447 co-locations on a consolidated basis. Management indicated that this should lead to a net reduction in monthly rental revenue by INR600-650m on a consolidated basis. This implies a likely decline of 9%/13% in rental revenue/EBITDA. The impact, however, is likely to be less severe than our expectation we were forecasting a net reduction of ~INR970m per month (i.e. a likely decline of 14%/20% in revenue/EBITDA not built in our estimates).

Valuation: Company is posting losses since last three years. There's no sign of recovery yet.

Reasons to avoid: The company's promoters have pledged 89.5% of their holdings. The company is sitting on high debt with a debt to equity ratio of 1.58x. The company has delivered poor growth of -20.98% over past five years and its return on equity of 2.18% over the last three years to have been very low. The company has contingent liabilities of Rs.255.48 crore.

Reasons to avoid:: The company has delivered poor growth of 1.85% over past five years. Company has low interest coverage ratio. Numbers are uncertain for the company through the years. Peers are stable and posting in line number with market expectations. Short term stability is under threat.

Financial:: Looking at QoQ numbers, lot of uncertainty has been seen. Company reported narrowed consolidated net loss to Rs 5.57 crore for the quarter ended September 2018. The company had posted a net loss of Rs 59.95 crore for the corresponding period last fiscal. Total income stood at Rs 981.15 crore for the quarter under consideration as against Rs 864.18 crore in the same period a year ago.

Valuation: Fairly valued with trailing PE of 18.91x as compared to close peers.

Reasons to consider: The company posted healthy numbers in FY18. The management expects to continue its strong growth over FY19, on the back of domestic infra-led M&HCV demand, hub & spoke model doing well and international markets performing well. Overloading restrictions seem to have eased only in UP and Rajasthan, where Ashok Leyland has relatively lower presence. Hence, overloading ease can have only ~1-2% impact on the company.

Drivers: The company reported 17 per cent increase in its total sale at 15,149 units for the month of October, 2018. Scrappage policy expected to come in by Apr-20 will be a major growth driver for the CV industry. Increased government focus on infrastructure spend, pre-buying ahead of BS VI implementation, scrappage policy, shift towards hub and spoke model and pickup in mining activities would led the growth momentum to continue for the M&HCV segment. Order from defense sector fuels topline of the company.

Drivers: Uflexs Aseptic revenues are expected to start from H2FY19. Uflex will be the second player in the segment in India after Tetra Pack. The company expects to garner market share of 23-24%. Capex, continuous innovation and product portfolio expansion poised well for growth.

Reasons to avoid: The government has announced a 10% higher price for natural gas at $3.36 per million British thermal unit for six month period beginning October 1. State-owned Oil and Natural Gas Corporation (ONGC) will barely break even at the new natural gas price. Also, the buyback route is being seen as a tool to meet the years divestment target by the government, in which ONGC is one of the name. For ONGC, looking at its total free cash and liquid investment, the buyback seems a bit hefty and amounts to around 42% of its total cash and liquid investments. If buyback happens, It might put ONGC in a tough spot, which could have an impact on the companys dividend payments.

Driver: The company posted better than expected numbers in Q2FY19. The bank posted uptick in growth, strong operational performance and sustain NIM. The pullback in asset quality and uptrend in coverage were inspiring. 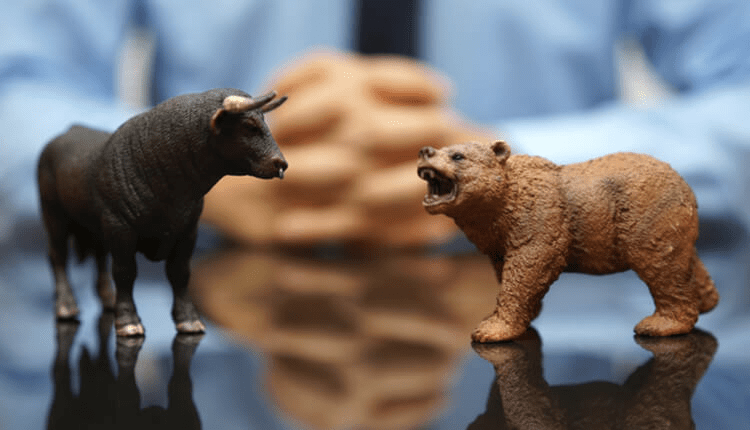